Marcus Wareing at The Berkeley 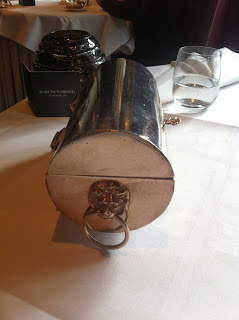 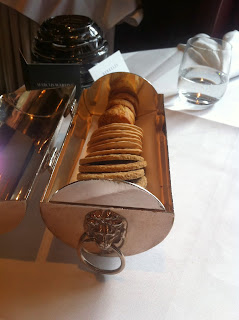 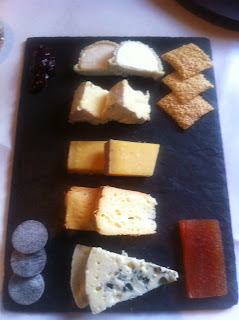 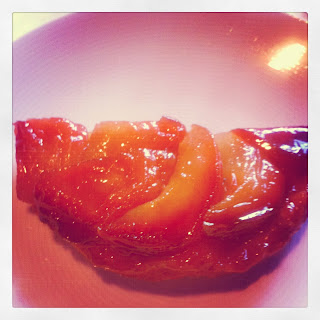 So, was it worth the absurd amount of money we ended up paying? It was. Also very happy we never asked about the price of that port, cos we'd never have gone for it if we'd known. I had mackerel and pheasant in a pheasant soup with the best roasted parsnip I've ever had (which is a little sad, since I cook parsnips every other weekend, but now I know it can be done). The risotto with clams, squid, fennel and garlic and it was good. E had to have the cheese and I don't which she liked better, the cheese or the silverware the crackers were served in. Cheese was ok, but the silver was beautiful. (The port with the cheese was the best. Mmmm, port.) For dessert I had a pear tarte tatin with some clotted cream and spiced cider sorbet. I've said for some years now that I'm not really too fond of desserts and generally I'm not, but when they are exquisite and toffee-y, I have to admit that I love them. Almost more than port.
I also tried Eva's brawn, which was nice, but essentially sylta. Also, the sauce the J got with his steak, thick with bacon and mushrooms: almost worth a trip on it's own. (The triple-cooked chips weren't bad either.)
Very, very nice restaurant, lovely waiters, especially the wine waiter. Totally normal, nerdily obsessed people all of them=my favourite kind.