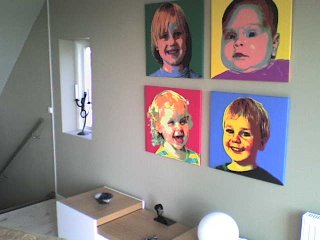 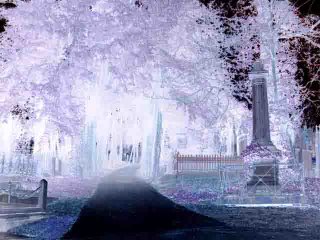 A lovely day in the park

There is a monster on the floor in the kitchen; he's actually holding the kitchen hostage and I can't go out there to make a cup of tea, then he pulls at my feet screaming at the top of his lungs "Give me a sandwiiiiiiiiiiiiiiiiiiiiiiiiiiiiiiiiiiiiiiiiiich" (i.e. an ice cream). And then he cries like he's lost in space, alone and only three years old and we can hear the echoes (I know about the oxygene obv. and so on and of course there would be no echoes but then again Edvin has not been out there yet... )
I have so much work to do for the next 2 weeks that I barely know where to begin (I do know this is not one of the places, but then I may have to blog to stay sane who knows?). I like having the work though since I will be able to buy clothes. Maybe I will even managae to find an Agnès B. shop when in France. Now he is gone I will hasten to make tea lest he comes back. Mm, Earl Grey.

(He did not get an ice cream. He threw the same tantrum over who was going to wipe his bottom the other day. That was when we decided never to give in. (I am lying I would have given him four ice creams had not J come home to support us. (He did not come home beacuse of this, we were just lucky. Just so we're clear)))
Upplagd av Eva-L kl. 6:29 em Inga kommentarer:

Daphne, Edvin has become obsessed with death after the electric shock he got. He know thinks everything can kill him including acorns as the dirt on them (he's not afraid of the clean ones) might give him electrical shocks. He's very ingenious.
I had my third driving lesson yesterday. It went well. I don't know if you drive with a stick, I do and at one time I changed gears without pressing down the clutch. That's bad. But I only did it once (although my teacher was rather certain I would do it again). I've been feeling a little bit sorry for him having to teach me, not that I'm not good you see, but because I don't practice at home and we have to take things so slowly, but it turns out that he actually thinks it's fun. I like it when people love their jobs.
Upplagd av Eva-L kl. 10:19 fm Inga kommentarer:

Daphne, I had a great and horrible day. The driving is going well. I voted (we have a general election here on Sunday, but I will be on my way home from my father-in-law's birthday party so I voted at the library). One kid disappeared at the park (I found him after 5 minutes, but they were obv. horrible and long 5 minutes) and the other one hurt a small child. Now I feel , I think fragile is the best word for it. I'm making a nice cuppa now (yes, I did sneak into the English shop for m o r e tea (Lady Grey this time) and some Custard Creams (and Jammie Dodgers for the kids, Edvin hates them cos the jam's too sticky, but I love the name Jammie Dodgers). Tonight I am going to watch Elizabethtown and I wanted to know if you saw it and if you talk like they do.
Upplagd av Eva-L kl. 6:35 em Inga kommentarer:

Daphne, I haven't seen you on msn for some days, is everything OK? I'm terribly busy which would be great wasn't it for the recent heatwave. I hate sweating. And I've done a lot of it since my first pregnancy, I never used to before, maybe because I never moved particularly at all. Except for slow walking och biking down hill. My first driving lesson went well. I still can't believe I will actually manage driving but it wasn't as boring as I'd feared. And my age has really made a difference to my attitude to instructions. I take them a lot better than when I was a teenager. At least when I recognize authority. Which I did. And will do until he says I have to drive on my own. When I will probably refuse. Ah, well.
Upplagd av Eva-L kl. 5:16 em Inga kommentarer:

Daphne, the only British department store in Sweden is closing. I am somewhat upset. Though not surprised, cos it's not one of the good ones. And they stocked very few of the brands that I love, but still. On the upsdie this could mean more trips to Britain. So I'll get back to work then, shall I?
Upplagd av Eva-L kl. 1:10 em 2 kommentarer:

Daphne, I just booked my first (5) driving classes and I am rather nervous about this whole matter. The theory class is fine so far. I sit next to a really nice Aussie girl and on Friday I even remembered my teacher's declaration that he never stood next to the car when putting gas in it because of the benzene fumes, when I was putting gas in the car. I actually volunteered, thinking this would be a bit of a milestone for me: The First Time I put Gas In the Car, but unfortunately J wouldn't let me finish and sent me to buy him Coke instead. It was only a matter of putting the thingy back in the holding thingy but still. It would have made the endeavour so much more fulfilling. (I did learn the gas card code which could come in handy cos apparently you can pay for stuff with that although we (i.e. J) never do, he's a bit like a saint in pecuniary matters. (The reason why I have to use these words at times is beacuse I'm probably not very good at colloquial expressions. I must travel more (or think harder, I just remembered the word money.))
Upplagd av Eva-L kl. 2:37 em 3 kommentarer:

Reversed letters at the end of the world

Daphne, I am still amazed by that webcam. Who'd've thunk 24 years ago that we'd sit and chat in our respective living rooms one day (obviously I was hoping and now I am just waiting for the beaming transporter gadget that will make my life complete). I am reviewing a text and write disconcerting comments as you can see in the header.
Upplagd av Eva-L kl. 10:51 fm Inga kommentarer: